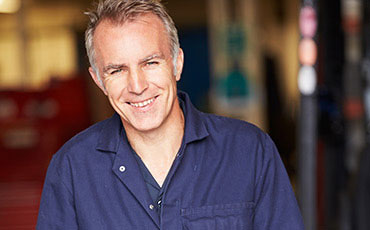 I got started in the plumbing profession in 1986.  My parents were having their main bath remodeled and stepfather arranged an interview with the plumbing company.  Plumbing became an enjoyable career.

My experience is in new construction and remodel,  I enjoys remodeling projects the most.  Being able to assist homeowners creating a new space in their home is extremely rewarding.  My business philosophy is based on the golden rule, “Treat your customer the way you would like to be treated.”

The system of pipes, drains, fittings, valves, and fixtures installed for the distribution of potable water for drinking, heating and washing, and waterborne waste removal. “Plumbing” also refers to the skilled trade which installs and maintains it.

The plumbing industry is a basic and substantial part of every developed economy. The word derives from the Latin plumbum for lead, as the first effective pipes used in Roman era were lead pipes.

“Plumbing” often denotes the supply and waste system of an individual building, distinguishing it from water supply and sewage systems that serve a group of buildings.

The test light is an electric lamp connected with one or two insulted wire leads. Often, it takes the form of a screwdriver with the lamp connected between the tip of the screwdriver and a single lead that projects out the back of the screwdriver. By connecting the flying lead to an earth (ground) reference and touching the screwdriver tip to various points in the circuit, the presence or absence of voltage at each point can be determined, allowing simple faults to be detected and traced to their root cause. For higher voltages, a statiscope consisting of a neon glow tube mounted on a long insulating handle can be used to detect AC voltages of 2000 volts or more.

Hand tool used to hold objects firmly, possibly developed from tongs used to handle hot metal in Bronze Age Europe. They are also useful for bending and compressing a wide range of materials. Generally, pliers consist of a pair of metal first-class levers joined at a fulcrum positioned closer to one end of the levers, creating short jaws on one side of the fulcrum, and longer handles on the other side. This arrangement creates a mechanical adventage allowing the force of the hand’s grip to be amplified and focused on an object with precision. The jaws can also be used to manipulate objects too small or unwieldy to be manipulated with the fingers.

If you decide to increase the square footage of the small bathroom, it will increase the total cost of the remodel. This means changing the electrical wiring in the walls, adding more flooring, and possibly more plumbing. All of this will increase materials and labor cost.

It depends on the complexity of the addition. Are you adding a simple family room onto your home with one door into the rest of the house and one to the outside? A contractor should be able to handle it without the help of an architect. But if you’re moving walls, redesigning the way one room flows into another adding a half loft and a spiral staircase or countless other complicated or intricate changes to your existing home, you may want to consider bringing an architect on board.

If you replace any of your current fixtures and appliances in the bathroom–countertops, bathtub, toilet, sink, etc.–this will increase the cost because the professionals will need to remove the originals and install the new ones. You can save on this cost by refinishing some of the appliances or buying the materials yourself.

Even if you have no plans to sell anytime soon, consider the resale value of your project. You might not always turn a profit on your home-expansion investment, but you should go into the job with realistic expectations about at least some kind of payback.

It’s reasonable for contractors to expect some money in advance, and then after specific milestones in the project. Be aware that shelling out too much money could put you at risk and giving too little could put your contractor at risk. It’s a delicate dance, but one that should be precisely choreographed before anybody fires up the power tools

Painting is one of the quickest and easiest ways to give your home’s interior a facelift — and it is one that can produce dramatic results as well.

If you’re having problems like low water pressure, then it might be time to replace your pipes. Low water pressure can mean that there is corrosion in your current pipes.

Electrical projects have to abide by local codes and laws. Usually they also have to have permits and be inspected by local authorities.

But it’s the little jobs – the odd jobs – that tend to nag at you. The cracked window in that display case. The leaky faucet in your guest bathroom. The bedroom door that gets jammed stuck.
0

My passion is to help everyone. I provide high quality services in electrical, plumbing, painting and much more. A lot of customers back to us with new works. I make every effort to make the customer was satisfied.