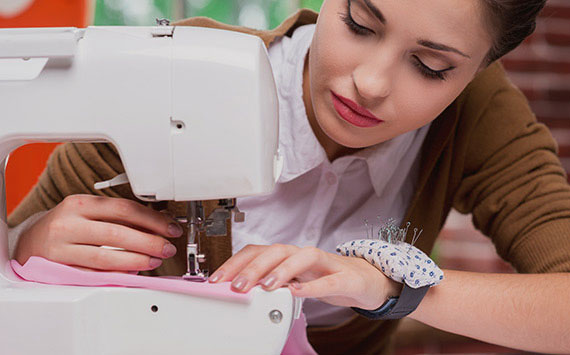 My passion is to help everyone look & feel great, regardless of age, gender, or body shape. A properly fitted garment can make all the difference! I can adjust jeans, shirts, dress, suit, and other garment for a perfect fit. I also repair garments.

Why? When I started I knew absolutely nothing about clothing design or sewing and I wanted a challenge. I also liked the idea of learning a new and useful craft.In addition to my own projects, I recently started a supply shop which sells materials and hardware for making jeans and other denim related projects.

Local tailoring is as the name implies. Typically the tailor is met locally and the garment produced locally. This method enables the tailor to take professional measurements, assess posture and body shape to make unique modifications to the garment. Local tailors will typically have a showroom or shopfront allowing clients to choose fabrics from samples or return the garment easily should it require further modification. This is the most traditional form of tailoring. Hong Kong and London are the most famous for high quality bespoke tailoring, in average it takes about 2 to 3 fittings and about 3 to 4 days to handmake one suit.

Distance tailoring involves ordering a garment from an out-of-town tailor enabling cheaper labour to be used. In practice this can now be done on a global scale via e-commerce websites. Unlike local tailoring, customers must take their own measurements, fabric selection must be made from a photo and if further alterations are required the garment must be shipped. Today, the most common platform for distance tailoring is via online tailors. Online tailors sometimes offer to pay for needed alterations at a local tailor. Another new option is the concept where a free test suit is made to the provided measurements and shipped to the customer first. The test suit can be tried on and worn to see where any adjustments are wanted. The final suit is then tailored to the new specifications provided by the test suit fitting.

Unlike tailors who do distance tailoring, traveling tailors provide a more personal service to their customers and give the customers an opportunity to see the fabric samples and meet the tailor in person. Traveling tailors travel between cities and station in a local luxury hotel for a short period of time to meet and provide the same tailoring services they would provide in their local store. In the hotel, the customer will be able to select the fabric from samples and the tailor will take the measurements himself. The order then will be shipped to the customer within 3-4 weeks time. Unlike local tailoring, if further alterations are required the garment must be shipped. Today, most traveling tailors are from Hong Kong, traveling to USA, UK, France, Australia and Japan.

Wool’s scaling and crimp make it easier to spin the fleece by helping the individual fibers attach to each other, so they stay together. Because of the crimp, wool fabrics have greater bulk than other textiles, and they hold air, which causes the fabric to retain heat. Insulation works both ways: Bedouins and Tuaregs use wool clothes to keep heat out and protect the body.

Felting of wool occurs upon hammering or other mechanical agitation as the microscopic barbs on the surface of wool fibers hook together.

The amount of crimp corresponds to the fineness of the wool fibers. A fine wool like Merino may have up to 100 crimps per inch, while the coarser wools like karakul may have as few as one or two. In contrast, hair has little if any scale and no crimp, and little ability to bind into yarn. On sheep, the hair part of the fleece is called kemp. The relative amounts of kemp to wool vary from breed to breed and make some fleeces more desirable for spinning, felting, or carding into batts for quilts or other insulating products, including the famous tweed cloth of Scotland.

Textile made from the fibers of the flax plant, Linum usitatissimum. Linen is laborious to manufacture, but the fiber is very absorbent and garments made of linen are valued for their exceptional coolness and freshness in hot weather. Many products are made of linen: aprons, bags, towels (swimming, bath, beach, body and wash towels), napkins, bed linens, tablecloths, runners, chair covers, and men’s and women’s wear.

The word linen is of West Germanic origin and cognate to the Latin name for the flax plant, linum, and the earlier Greek λινόν (linón). This word history has given rise to a number of other terms in English, most notably line, from the use of a linen (flax) thread to determine a straight line. Textiles in a linen weave texture, even when made of cotton, hemp and other non-flax fibers, are also loosely referred to as “linen”.

Natural protein fiber, some forms of which can be woven into textiles. The protein fiber of silk is composed mainly of fibroin and is produced by certain insect larvae to form cocoons. The best-known silk is obtained from the cocoons of the larvae of the mulberry silkworm reared in captivity. The shimmering appearance of silk is due to the triangular prism-like structure of the silk fibre, which allows silk cloth to refract incoming light at different angles, thus producing different colors.

Silk is produced by several insects, but generally only the silk of moth caterpillars has been used for textile manufacturing. There has been some research into other types of silk, which differ at the molecular level. Silk is mainly produced by the larvae of insects undergoing complete metamorphosis, but some adult insects such as webspinners also produce silk, and some insects such as raspy crickets produce silk throughout their lives.

A properly fitted garment can make all the difference. I taking care of every detail to make it looks great.

Knitted fabrics or finished articles made from such fabrics, composed of a series of interloopings of one or more yarns and produced on a knitting machine.

Ironing is used to remove wrinkles from fabric. Every material used in project is top quality.

My passion is to help everyone look & feel great, regardless of age, gender, or body shape. A properly fitted garment can make all the difference! I can adjust jeans, shirts, dress, suit, and other garment for a perfect fit. I also repair garments.